Welcome. I’m doing a new online course starting 9/30/21! Click here to get all of the details and to register. For music as you browse, click play on the audio player. 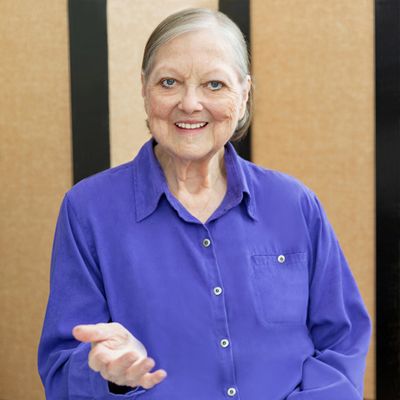 Sponsor a Workshop
—Live or Zoom

Join an established Zoom sangha of beautiful meditators from across the US. We sit together for 40 minutes, then have an inspirational reading a participant has brought and a lively discussion. You’re free to do any form of silent meditation.

This is a free offering, but monetary gifts are welcome at Venmo or PayPal.

Join ongoing weekly sessions of Sanskrit call and response chanting in the tradition of Kripalu. The chants are different each week, some very ancient, some newer. ZoomChant members receive a weekly informational email with the week’s chants and an interesting article. This is a good one to invite your friends to.

This is a free offering, but monetary gifts are welcome at Venmo or PayPal.

Learn and practice major concentration practices to see which one (or ones) resonate with your personality.

Sign up for the full series for the best experience and get caught up using the video recordings if you have to miss a session. (Dropping-in for single sessions is also an option.)

Learn More and Register for Gateways to Meditation

With Bhavani’s background in vocal study and performance, as well as her achieving the Distinguished Toastmaster level in the Toastmaster’s organization and having taught public speaking for years, she is available for individual:
-voice lessons
-vocal performance coaching
-speech basics, and
-speech presentation coaching

Workshops to Sponsor—Live or Zoom

Create a workshop for your friends or business colleagues—live or on Zoom. Below are some of the possible topics, but Bhavani will work with you to present exactly what your group is wanting.

Bhavani credits as the beginning of her pull toward a career in teaching the moment as a six-year-old when she taught the Brownie scout next to her how to make a carnation from a Kleenex tissue. Her path was further clarified when her eighth grade English teacher asked her to teach sentence diagramming—a lost art—to the class. Since that time whenever Bhavani learned something she enjoyed, she ended up sharing it with others.

That sharing included classic voice and vocal pedagogy, guitar and macrame in her traveling years, junior high mathematics for the city of Baltimore, and third grade math on television for the state of MD. Always she was known for taking subjects that seemed complicated to others and explaining them in clear, understandable language.

Along the way, she was also called upon to use other skills as she did work in theater and opera companies, became a classical deejay on a prominent NYC radio station, did voiceover work, and led choirs. There again she took that experience and shared it in programs teaching public speaking, voice projection, and freeing the voice for speaking or singing.

But behind all that she learned and all that she shared in her teaching, Bhavani maintained a study and experience of the spiritual. In the beginning it was through her singing for many Christian denominations, then moving into Eastern contemplative practices, and finally ending up at Kripalu in 1988. There she immersed herself in yoga, including deep practice in meditation, pranayama, and the Sanskrit chanting she’d first discovered through Ram Das in 1970.

As she’d always done, Bhavani didn’t keep the practices she learned to herself, but once again shared her knowledge in user-friendly ways, leading  at Kripalu and around the world workshops and programs particularly on various types of meditation, but also yogic tools to relieve stress, and the joys of sounding—especially chanting.

Or click "Add to Cart" to purchase a physical CD that will be shipped to you with downloadable MP3 files.

Into the Hands of God

Be soothed and uplifted by this album of continuous chanting, blending the guitar and healing voice of Bhavani Lorraine Nelson with the profound keyboard work of Mark Kelso. In its original incarnation on cassette, "Into the Hands of God" has been played to welcome new souls into this world and to bring peace to the final moments of those passing on to the next, for housewarmings and alone times, for holding yoga postures and for yoga relaxation, for meditation and for massage. It’s reported to be especially helpful for relaxing during traffic jams anyplace in the world!

Here are songs for dancing and day-dreaming, relaxing and renewing. Songs about limits and limitlessness, songs of joy and of the journey. They’re definitely songs to sing along with-mostly written by me, but also some that I love by others. You may see a lot of me in this album-and you may find a good deal of yourself as well. Mostly, I’m hoping you enjoy it as much as we enjoyed making it. Peace and blessings. Bhavani

Let your soul take flight with mine in the chanting of these ancient Sanskrit mantras. The first invokes empowerment and healing, the second, spiritual illumination, and the third, surrender and gratitude. Chant along for your own mantra meditation practice, or enjoy the mantras as a soft, supportive companion for yoga, meditation, massage or daily tasks.

The album provides continuous music, moving from mantra to mantra with flute interludes between, but is designed with marked tracks so that you can go directly to any part of the album, or repeat a particular track if you want to stay with one of the mantras for an extended period.

I wish for you the peace and joy that the chanting of these mantra brings to me. -Bhavani

Filled with nada shakti (the energy of primordial sound) Bhavani Lorraine Nelson offers from the heart space of meditation three yogic chants in the ancient languages of Sanskrit and Gujarati. Joining her are Mark Kelso on keyboards, Malay Desai on tablas, Linda Worster on guitar, and Steve Gorn on bansuri flutes. Powerful, transporting mantras for relaxation, inspiration, meditation, and yoga.

Meditation Made Possible Volume 1: Meditation on the Breath

Meditation Made Possible Volume 2: The Body Scan and Walking Meditation

I hope to see you soon wherever and whenever. Please sign my Guestbook before you go—and remember that you can email me any time with questions and/or rejoicings about your practice.

Many good wishes coming your way. Peace and blessings.

If you are in a positive position financially and are moved to do so, you may send a gift to further my work using Venmo or PayPal. Thanks so much!